Shooting in Mallorca of the German film “The Road to Tramuntana”

Ariane Krampe, a German film producer, in collaboration with Fresco Film, the Spanish producer of Joc de Trons, is producing the first of the projects that he plans to shoot this year on the island of Mallorca , “Der Weg über das Tramuntana Gebirge” (“The Road to the Tramuntana”), by the director David Gruschka .

This fiction tv movie for German public television has a budget of approximately € 3 million and an average audience of 4 million viewers. The shooting will take place in Mallorca, between September 7 and October 6, and takes place for the most part in the Serra de la Tramuntana , where the story happens.

This is an adventure family movie fiction. The plot is about a German man, a widower, who has retired to Mallorca and rebuilt his life by forming a partner with a Majorcan, but who does not dare to tell his family. It pretends to be ill terminal to attract to the island to its children and grandchildren with whom it will undertake a passage of the Tramuntana Mountain range.

During this they will go through different experiences that end up giving them rich treasures of personal growth and a solid feeling of family unity.

The film, passing entirely in the Sierra, will show many places, especially the areas from Valldemossa where the route that our protagonists will start on foot, passing Deià where everything happens types of adventures, and Sóller, ending in the Monastery of Lluc . At all times it seeks to show both the beauty of the natural places and the villages of the Serra de Tramuntana.

The film has a technical team and a cast of actors, formed partly by professionals from the island, and has from the beginning, with the support and collaboration of the Mallorca Film Commission and the Balearic Islands Film Commission . 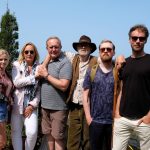 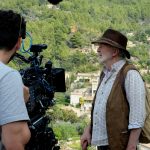 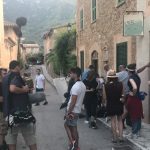