The Commission, made up of representatives of the institutions that have jurisdiction in the granting of permits for filming, will coordinate and streamline the procedures to make Mallorca more competitive as a film set

One of the main goals of the Mallorca Film Commission, part of the Mallorca Tourism Foundation, is to inform and support the obtaining of film permits in all parts of the island. He is also in charge of coordinating the audiovisual industry and production companies with public administrations, doing a task of capturing films in Mallorca.

The creation of this Commission involves opening a space where the various public administrations and the audiovisual sector in Mallorca are officially coordinated, to facilitate their promotion and activity. Thus, the members of the Commission will be able to put on the table the management of specific projects, which require special attention due to their size or complexity, but will also be the space where the audiovisual industry proposes legislative, administrative or practical improvements, which can be applied from the public sector.

Cosme Bonet, head of the Economy and Finance, department of which the Mallorca Film Commission depends, is the main driver of this project and will be the chairman of this commission. After the first meeting, held on June 7, he assured that the creation of this Commission “demonstrates the will that we have to foster the audiovisual sector of Mallorca and continue to work to make our island a magnificent film set”. In addition, “the audiovisual world is also part of our tourism promotion strategy, in the field of cultural tourism, because it will help us to make tourism more sustainable and respectful of our environment.”

The success of the first session was that industry and institutions agreed to recognize the audiovisual sector as a strategic sector. Carlos Simarro, head of the Coast Demarcation Department of the Balearic Islands, said that it was “positive to make some exceptions to the regulations for cultural reasons”.

In the same vein, Marc López, technical secretary of the Department of Territory and Infrastructure of the Consell de Mallorca, stated: “In strategic sectors, such as the audiovisual one, changes can be made to the regulations, such as the rustic floor plan, to favor and make filming possible, as has already been done from this department. ”

The meeting was also attended by Luís Díaz (representative of the DGT) and Andreu Fuster (head of the Department of the Natural Environment, General Direction of Natural Spaces and Biodiversity), who, despite the insufficient staff available in his department, remain committed. to “prioritize the request for audiovisual permits, as well as modify whatever is necessary to improve the management of these permits”.

The Commission is made up of several people, who are in charge of it: the President (Minister of Economy), the Vice-Presidency (Insular Direction of Tourism), the coordination secretariat (coordination of the Mallorca Film Commission or the related staff who are designi), representatives of the departments responsible for the Consell de Mallorca in the field of town planning, classified activities, roads and heritage, and a person on behalf of the associations of audiovisual production companies in Mallorca.

With two regular calls a year, plus all the extraordinary meetings that are necessary, the Insular Filming Commission thus fulfills two of the goals of the Mallorca Film Commission: to support local and foreign production companies in the audiovisual industry. project development and promotion of Mallorca, taking advantage of the unquestionable quality and competitiveness of the audiovisual sector services on the island. 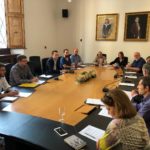 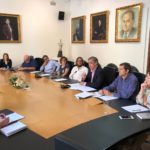 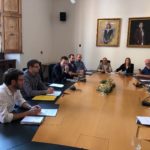